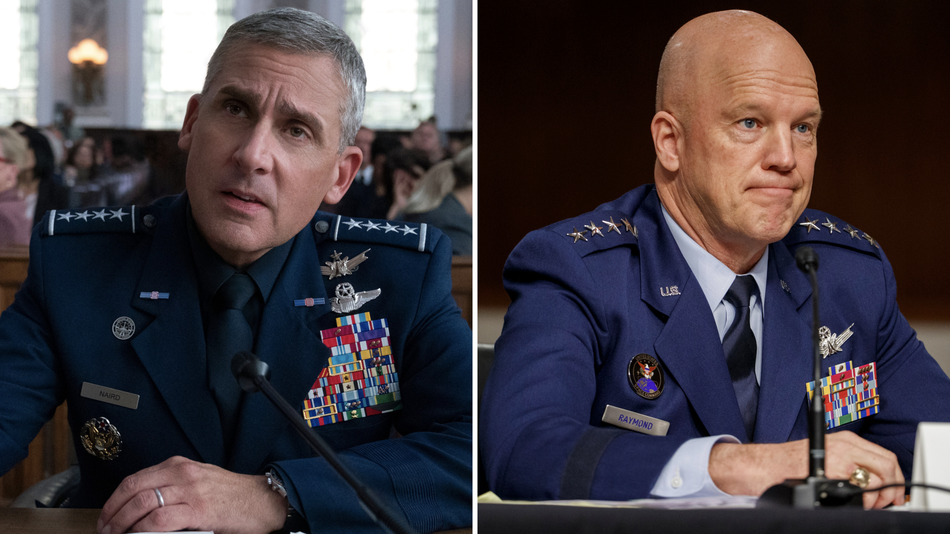 Space Force has landed on Netflix. So, what’s up with the real thing?

In response to Donald Trump’s 2018 announcement  of the United States’ newest military branch, Parks and Recreation creator Greg Daniels teamed up with The Office star Steve Carell to bring an intergalactic workplace comedy to Netflix.

Carell stars as General Mark Naird, a stand-in for real-life Chief of Space Operations John W. Raymond, tasked with bringing Trump’s ridiculous vision of space warfare to life. What follows is a messy, crazy, Beach Boys-infused send-up of military culture and the current administration. Whether you loved it or hated it (we found it meh), this series predicted headlines in a supremely timely and remarkably accurate fashion.  Read more…

Ashton Kutcher and Mila Kunis crack themselves up in adorable, horrifying voice-swap game