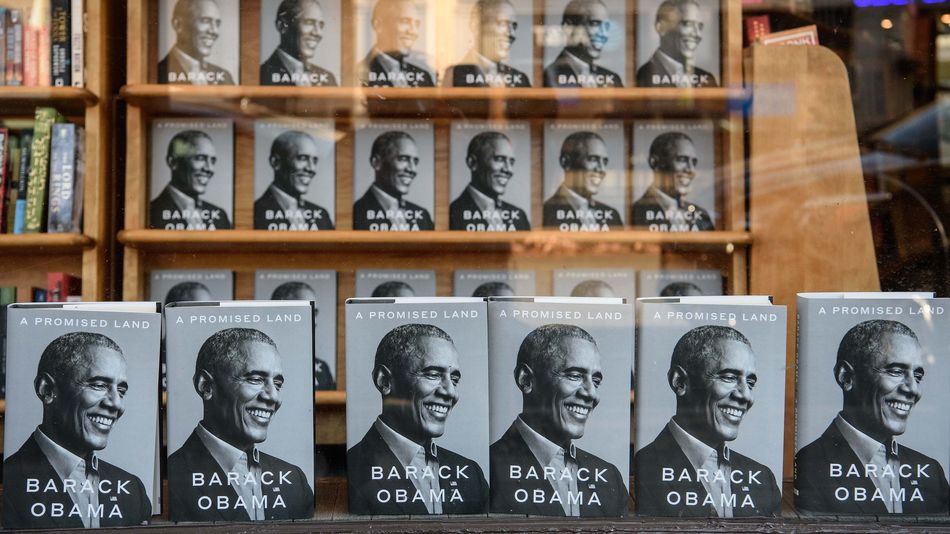 A hefty new presidential memoir hits stores this week. Given that neither his predecessor nor successor are renowned as writers, you’d probably guess the author was Barack Obama even if you hadn’t seen the news his book generated. (In brief: Obama kept smoking cigarettes even in the White House, only quitting when the ACA passed; he’s troubled by his legacy in the Middle East; he unloads on people like Mitch McConnell in a way we’ve never seen from the supremely anger-managed president.)

When stripped of its headlines, though, how does A Promised Land stack up as a page-turner? After all, there are plenty of pages to turn: 700, not counting the acknowledgements and index. Obama’s first book, Dreams From My Father (1995), was a profoundly good read from an unfiltered young man with a heck of a family tale to untangle; his 2006 follow-up, The Audacity of Hope, was more guarded (he was then a U.S. senator mulling a presidential run), more political, more skippable. Read more…

More about Obama, Entertainment, and Books
Source: mashable
We read Obama's memoir so you don't have to. But it's a historic page-turner.

Everything you need to know about HD audio and how it can enhance your music-streaming experience on Tidal, Amazon Music, and Qobuz

How 'Jumanji: The Next Level' beat this year's sequel curse and won at the box office