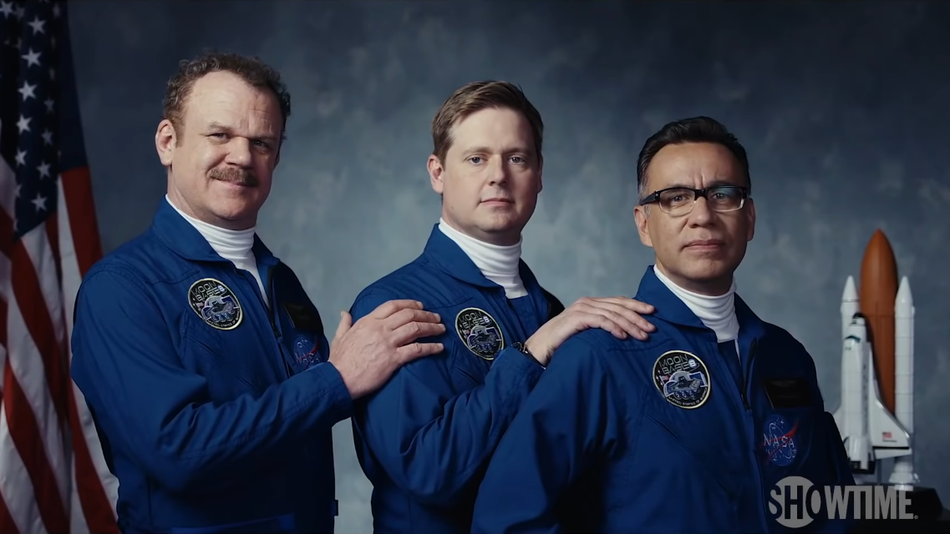 If Avenue 5 on HBO and Space Force on Netflix haven’t given you enough outer space antics to laugh at, Showtime has one more for you.

Moonbase 8, from Portlandia creators Jonathan Krisel and Fred Armisen, stars Armisen, John C. Reilly, and Tim Heidecker as would-be astronauts who are vying for their shot at being sent to the moon. If you’re familiar with the work of the three stars then you can probably imagine the kind of slapstick hijinx that ensue.

Not that the trailer gives up much. But it seems we won’t be waiting too long. There isn’t a premiere date for Moonbase 8, but the trailer says it’s “coming soon” and the title listed on YouTube suggests it’ll be 2020. Read more…

Here's Chris Evans' dog in a white sweater. You are welcome.