One of the many joys of watching Jeopardy! is the chance that
Alex Trebek will be forced to say something very unusual. It seems
to be a running gag among those writing the show these days, as
question-writers keep putting pop culture references and profanity
into his clues.

The Jeopardy! GOATS, you may recall,
loved when Trebek said “bitchin’” during the Greatest Of All
Time Tournament in January. Other moments of Trebek reading
clues have gone viral in recent months, but another moment of fun
from the show was when people realized that
Cardi B’s “WAP” fits perfectly into the cadence of the Final
Jeopardy song. In a related viral moment, people are now
officially vibing to Trebek singing lyrics from Megan Thee Stallion
after a clue about the rapper was on the show earlier in the
week. 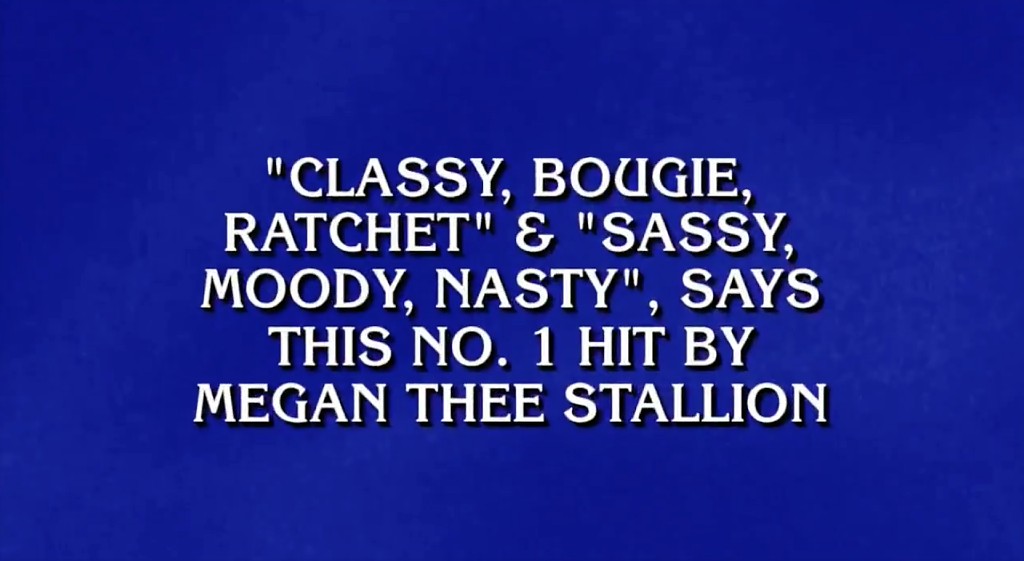 Clare McNear, who is
writing a book about Jeopardy! that’s highly-anticipated in
the game show community, shared an edited video of Trebek
essentially rapping the lyrics to “Savage.” The clip features
Trebek reading the clue, but turns the reading into the actual
rhythm of the song and continues the lyrics with other moments from
the show.

The video is actually from a Twitter account called @car_ideas, which is a very
good I Think You Should Leave reference. On that page, you’ll
find several different Jeopardy! and Alex Trebek mashups, including
this supercut of Trebek saying “good for you” to
contestants.

It’s also where another video you may have seen seems to have
originated, which is a one-second clip of Trebek saying
“DaBaby.”

It may seem unfair to misuse Trebek’s words like this, but the
longtime Jeopardy! host truly does seem up for anything when it
comes to clues on the show, so perhaps even he would appreciate the
craftsmanship here.