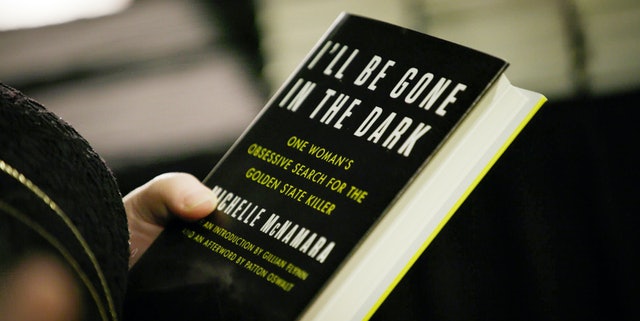 HBO’s adaptation of
Michelle McNamara’s book I’ll Be Gone in the Dark is just as
much about the late author as it is her search for the Golden State
Killer. The true crime enthusiast spent the final years of her life
chasing the elusive serial killer, but her story started long
before, when she was 14. According to Vulture, it was then that

an unsolved murder occurred just steps from her home in
Illinois, leaving McNamara haunted by “the specter of that question
mark where the killer’s face should be.” The idea that a murderer
could just vanish into the night while a victim’s family continued
to grieve deeply bothered the writer, so in 2006 she started the
blog True Crime
Diary to discuss cold cases.

The Golden State Killer held particular interest for McNamara
because of how old the case was. He terrorized California from 1976
until July 1986, raping over 50 women and killing 13. Yet he was
never caught. Described as a white man in a ski mask, he would
break into homes at night and assault young sleeping women. He was
initially known as the East Area Rapist, and it took 15 years for
authorities to even make the connection that he was the same person
as the Original Night Stalker in Southern California. He was
meticulous about not leaving evidence, and back then, they didn’t
have any reliable DNA testing.

McNamara’s research into the case led her to write “In
the Footsteps of a Killer,” a 2013 feature for Los Angeles
Magazine that eventually grew into the book I’ll Be Gone in the
Dark — a title taken from a line that the killer whispered to one
of his victims. 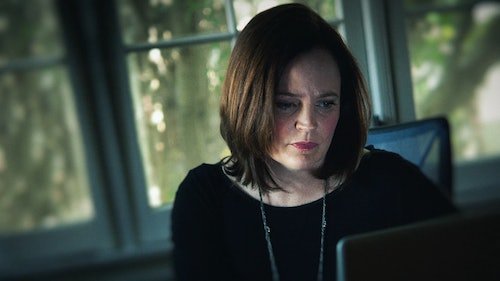 But McNamara never finished the book; she
died suddenly in her sleep on April 21, 2016 due to a
combination of drugs in her system and an undiagnosed heart
condition. After her death, her husband, the actor and comedian
Patton Oswalt, realized he had to complete her life’s work.
“Knowing how horrible this guy was, there was this feeling of,
you’re not going to silence another victim,”
Oswalt told the New York Times. “Michelle died, but her
testimony is going to get out there.”

Oswalt enlisted the help of Billy Jensen, an investigative
journalist, and Paul Haynes, a co-researcher in the book, to comb
through McNamara’s notes and over 3,500 computer files. The
finished product, published in February 2018, reflects this
collaborative nature. The book begins with McNamara’s completed
chapters, which recount the killer’s attacks and examine his
methodology. Subsequent chapters are less tidy: one is just a
transcript of her interview with a Contra Costa criminalist, while
another is just her notes with disclaimers on them. Near the end of
the book, an editor’s note explains how Haynes and Jensen were
brought in to “tie up loose ends” and organize the materials she
left behind. They describe what they found on her laptop — notes,
maps, and photographs — and lay out possible theories. Finally,
they explore how McNamara believed in the potential of running DNA
through genealogy databases to finally catch the Golden State
Killer.

I’ll Be Gone in the Dark went on to hold the No. 1 spot on The
New York Times nonfiction best-seller list for 15 weeks. Two months
later, on April 25, 2018, the Sacramento Police announced they had
arrested 72-year-old Joseph James DeAngelo, whose DNA matched the
killer’s. (DeAngelo’s trial is still ongoing, but he has
offered to plead guilty).

Though
Sacramento County Sheriff Scott Jones told reporters that
McNamara’s work only helped to maintain public interest in the
case, her colleagues and loved ones believe McNamara and
I’ll Be Gone in the Dark played a pivotal role in solving
it.

Fittingly, the book ends with a letter from McNamara to the
killer. In predicting that he would get caught soon, she wrote,
“This is how it ends for you.”

Source: FS – All – Entertainment – News 2
Michelle McNamara's Book 'I'll Be Gone In The Dark' Details
Her Hunt For The Golden State Killer

Showtime and Epix are now free for Spectrum TV subscribers

Best of Netflix: 10 movies to watch before they leave in July