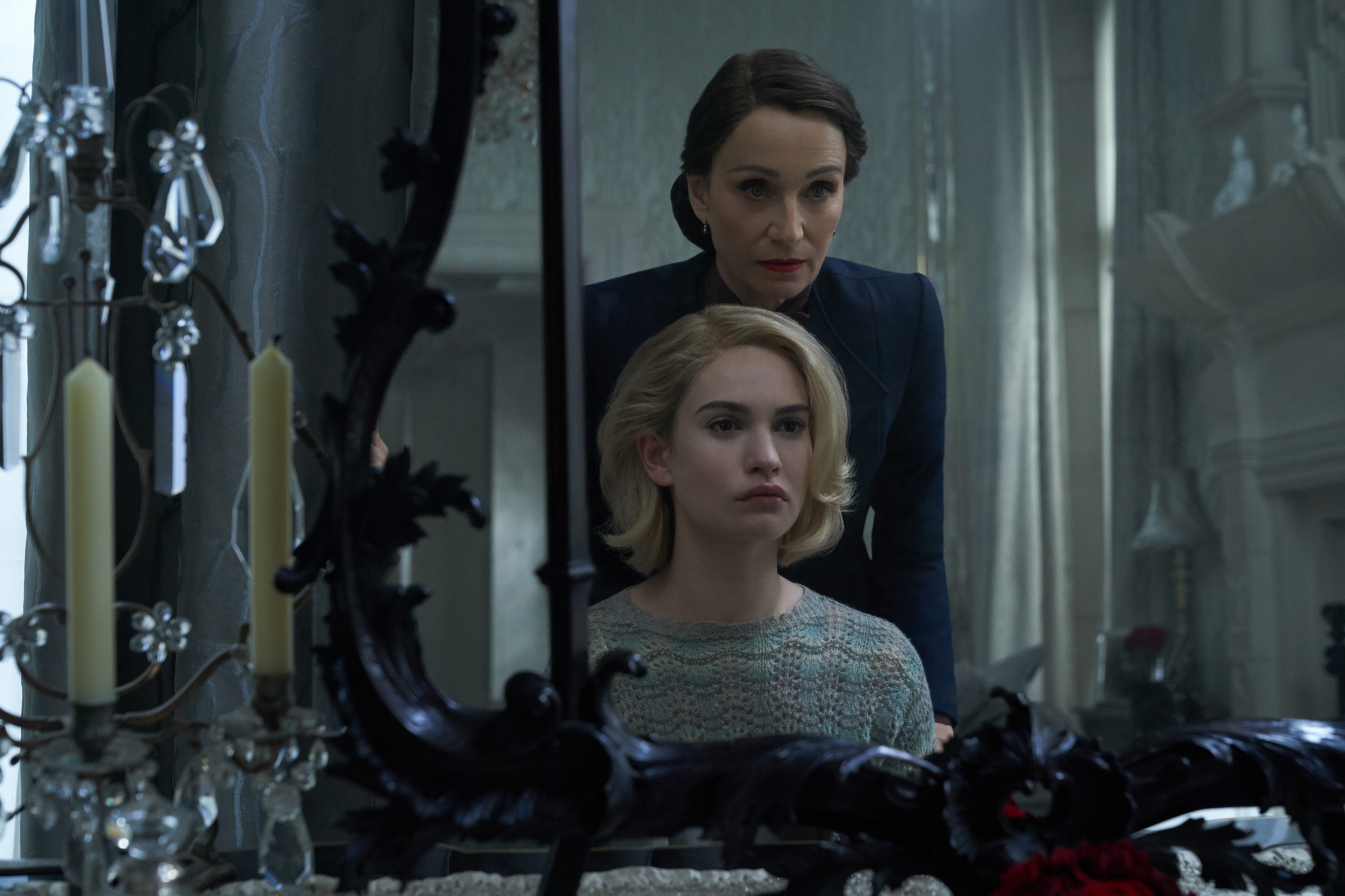 Kristen Scott Thomas has worked with some of the best directors
in the business and performed everything from Chekhov to Fleabag,
earning her numerous accolades for her work on stage and screen: an
Academy Award nomination for The English Patient, a BAFTA for Four
Weddings and a Funeral, an Olivier for The Seagull. Now she’s
taking on the iconic role of Mrs Danvers
in the latest adaptation of Rebecca.

The new Netflix feature-length film is the latest version of
Daphne Du Maurier’s 1938 gothic novel of the same name. Directed
by Ben Wheatley (High Rise, Free Fire) it tells the tale of a
wealthy widower Maxim de Winter (Armie Hammer) who falls in love
with an unnamed young woman (Lily James) in France, and whisks her
off to his mansion in Cornwall. There, the unseen title character,
de Winter’s late wife, Rebecca, shadows the young protagonists
every move as she bears the brunt of the icy scorn of head
housekeeper, Mrs. Danvers, who still holds intense loyalty to her
late boss.

From Clementine Churchill in Darkest Hour to Lady Sylvia
McCordle in Gosford Park, Kristen Scott Thomas has played her share
of austere and elegant women. So to play the mysterious head
housekeeper Mrs. Danvers seemed like a perfect match.

“If the glove fits,” Thomas told
Variety. In fact, Thomas was so determined to play the iconic
Mrs Danvers, that she pestered the producers until she was cast.
“As people have said, I think I’m perfect for this role,” the
actress told
Variety. “I was literally pestering Eric [Fellner] and
saying, ‘You have to hire me!’ Every time I would see him, I
would ask, ‘When are you going to offer it to me?’ I was not
subtle at all.”

Casting Thomas was an easy decision for director Ben Wheatley.
“Danvers is a character that needs to hit the ground running,”
Wheatley told Variety. “It needed someone who could look into the
audience and command their attention.

“It needed Kristin to pull this off,” he added. “She is a
commanding performer who can navigate through complexity and
intensity with ease.”

Did stepping into a role that has been played to great acclaim
by the likes of Diana Rigg and Judith Anderson have an impact on
Thomas? “I think it’s going to be a Rebecca for a new
generation,” Thomas says. “And it’s wonderful to keep a story
like this alive.” It also helped that Wheatley wanted to depart
from previous incarnations to explore a more sympathetic Danvers.
“We don’t talk about it in the film but there are hints of her
relationship with Rebecca,” she notes. “We wanted to ask, What
is her relationship with Rebecca? Is it one of lust? Is it one of
love? Is it one of possession? We really enjoyed playing with those
ideas.”

Ariana Grande Teases A New Album Will Be Released This Month