Be prepared to enter another dimension, because Jordan Peele and
Simon Kinberg’s revival of The Twilight Zone is back for a second
series. The revival of the classic anthology series initially
debuted in the states on CBS All Access, and eventually made its
way to Syfy and NOW TV in February 2020. So how will you be able to

watch The Twilight Zone’s season two in the UK?

The new series is already available for U.S. viewers (as of June
25), but it looks as though British fans are going to be stuck in
the fifth dimension for the time being. A rep at Sky has confirmed
that “the date for Twilight Zone S2 [in the UK] is still TBC, but
it is confirmed to be coming this autumn to Sky One and NOW TV.” So
I guess we’ll just have to cross our fingers that means early
autumn!

If you’re unfamiliar with the franchise,
the legacy of The Twilight Zone reaches as far back as the late
’50s. Created by the legendary Rod Sterling in 1959, The Twilight
Zone took viewers into the fifth dimension where characters would
experience unusual events that were rooted in the sci-fi, thriller,
and horror genres. Sterling would introduce each episode with the
well-known monologue, and would then narrate portions of the
story as the episode went on. 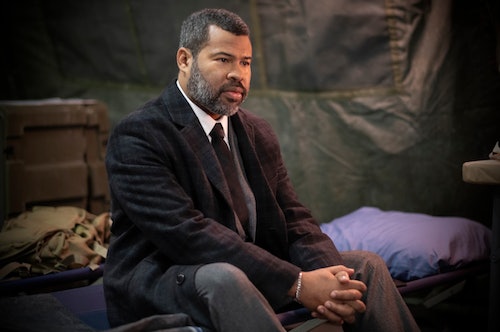 This is
the role that Peele will be undertaking in the latest
reincarnation of the series.

“Rod Serling was an uncompromising visionary who not only shed
light on social issues of his time but prophesied issues of ours,”
Peel told CBS. “I’m honoured to carry on his legacy to a new
generation of audiences as the gatekeeper of The Twilight
Zone.”

The Twilight Zone has been revived twice before, the first being
in 1985 and the second in 2002. Before the first revival, Twilight
Zone: The Movie was released in 1983, but was
surrounded by controversy due to the tragic deaths of actor Vic
Morrow and two child actors while filming a scene for the movie, as
Slate reports. Despite this,
the first revival of the series carried on and would last for
three seasons. In comparison, the second
revival only lasted for one. 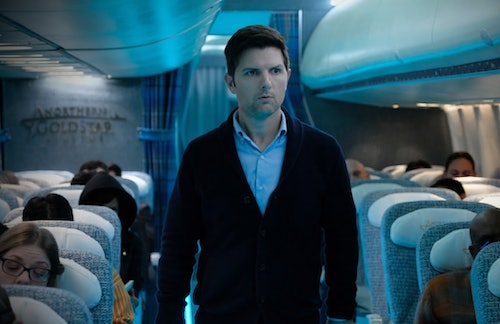 While these continuations of the series didn’t pull in audiences
that the first Twilight Zone did, it kept the interest — and
legacy — of the series alive, leading to the palpable amount of
excitement that surrounded the run-up to the revival’s first
series.

The major difference with the revival is that it mixed remakes
with new stories. The
1963 classic ‘Nightmare at 20,000 Feet’ starring William
Shatner was given a 21st-century twist, now titled ‘Nightmare at
30,000 Feet’ and featuring Adam Scott in the main role. The
second series follows a different trajectory however, opting to
focus on entirely new stories rather than reviving any past
episodes. There’s still a bounty of easter eggs and references to
discover though,
alongside some major talent such as Tony Hale, Billy Porter,
Jurnee Smollett, Sky Ferreria, Joel McHale, Greta Lee, and Damon
Wayans Jr.

Source: FS – All – Entertainment – News 2
How To Watch 'The Twilight Zone' In The UK