When you think of planets in retrograde, you may immediately
think of Mercury. When the planet that governs communication,
expression, reason, and intellect goes into reversal, things can
get a little hectic. But what happens when other planets start
moving backwards? Right now we’re experiencing Jupiter Retrograde,
which brings characteristics of its own. Although it’s nothing
nearly as dramatic as Mercury, you may still be wondering
how Jupiter Retrograde will affect your bank holiday and
beyond, so I’ve enlisted the help of some experts to tell me what’s
what.

First things first:
what exactly is Jupiter Retrograde and what does it mean for
you and those around you?

Jupiter Retrograde is known to be a period of inner growth. As
the planet of good fortune, abundance, and knowledge, Jupiter tends
to give off good vibes, meaning that its retrograde isn’t anything
to get too anxious about. Occurring approximately every nine
months, Jupiter Retrograde lasts around four months at a time and
is seen as an opportunity
to reconnect and get back to yourself and what’s your own inner
truth. An opportunity to reset and understand what’s most important
to you.

This time around, Jupiter will be in Capricorn for the duration
of this retrograde. As Bustle’s astrology writer Nina Kahn
explains, this is the zone in which
Jupiter is least comfortable and most restricted. When Jupiter
is in Capricorn normally, the focus is on building a solid
foundation for goals you’re trying to achieve and establishing a
good work ethic. For this reason, when the planet is in retrograde
in Capricorn, you may have to re-think how you approach your
attitude to accomplishing things. 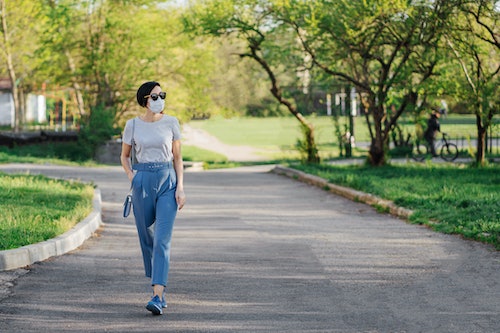 Speaking about this, astrologer Jessica Adams says
this period may bring “a backward step with your career,” but
that’s no reason to panic. “Sometimes a backward step turns out
extremely well for you,” she explains. “In other cases this
backward (or retrograde) step means returning to a project or
rethinking a plan, but doing so will bring you more success
later.”

If you’re feeling anxious about changes at work, take this
three-day weekend as an opportunity to pause and reflect on where
your career is headed and whether a new approach may benefit
you.

In her book Your Signs astrologer Carolyne Faulkner relays
something similar about Jupiter Retrograde in Capricorn. It’s a
time when “the expansion of the Capricorn vibe” slow down and
“should give us a little break from the constant feeling that we
should be achieving more, both personally and professionally.” So
anyone who feels they’re not achieving enough while stuck in
lockdown should take note and cut themselves some slack.

Well, I think it’s fair to surmise that Jupiter Retrograde is
going to be a positive thing so don’t let concerns get you down and
make the most of your sunny Bank Holiday weekend to slow down, give
yourself a pat on the back, and embrace change. As Faulkner says,
“be in the moment, lighten up, and enjoy this period of
star-chill.”

3 Natural Lube Alternatives You Can Find In Your Home