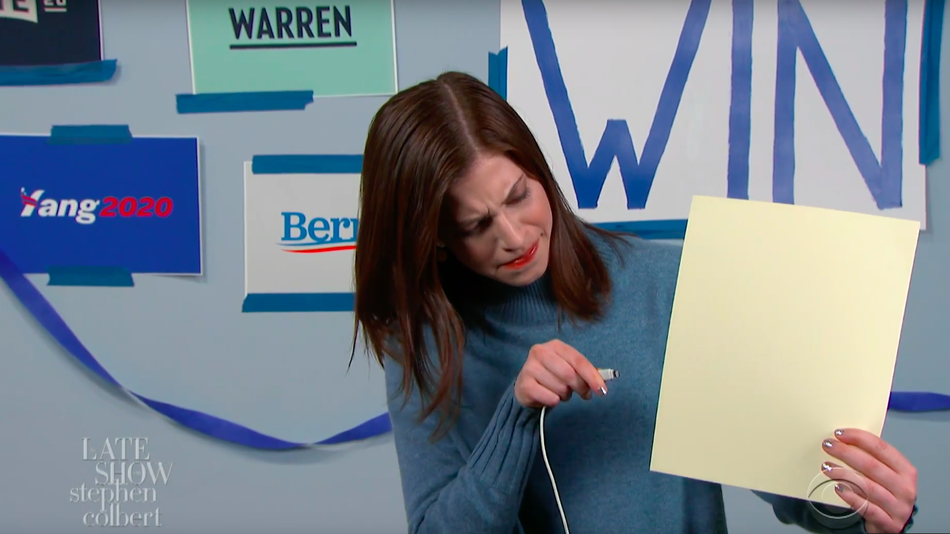 So, Iowa was a bit of a disaster, huh? And it was all down to technical difficulties.

After the app used for reporting caucus results in Iowa severely delayed vote-counting in the state’s 2020 Democratic race on Tuesday, Stephen Colbert’s Late Show team came up with the answer — a newfangled piece of tech, “the latest technological breakthrough in voting,” called pāpr.

“Don’t poke it, it’s not a touchscreen, it doesn’t work that way,” the show’s parody product ad proclaims. “No need to plug it in, it’s always charged. Simply use the accompanying stylus, write down your vote, and that’s it!” Read more…