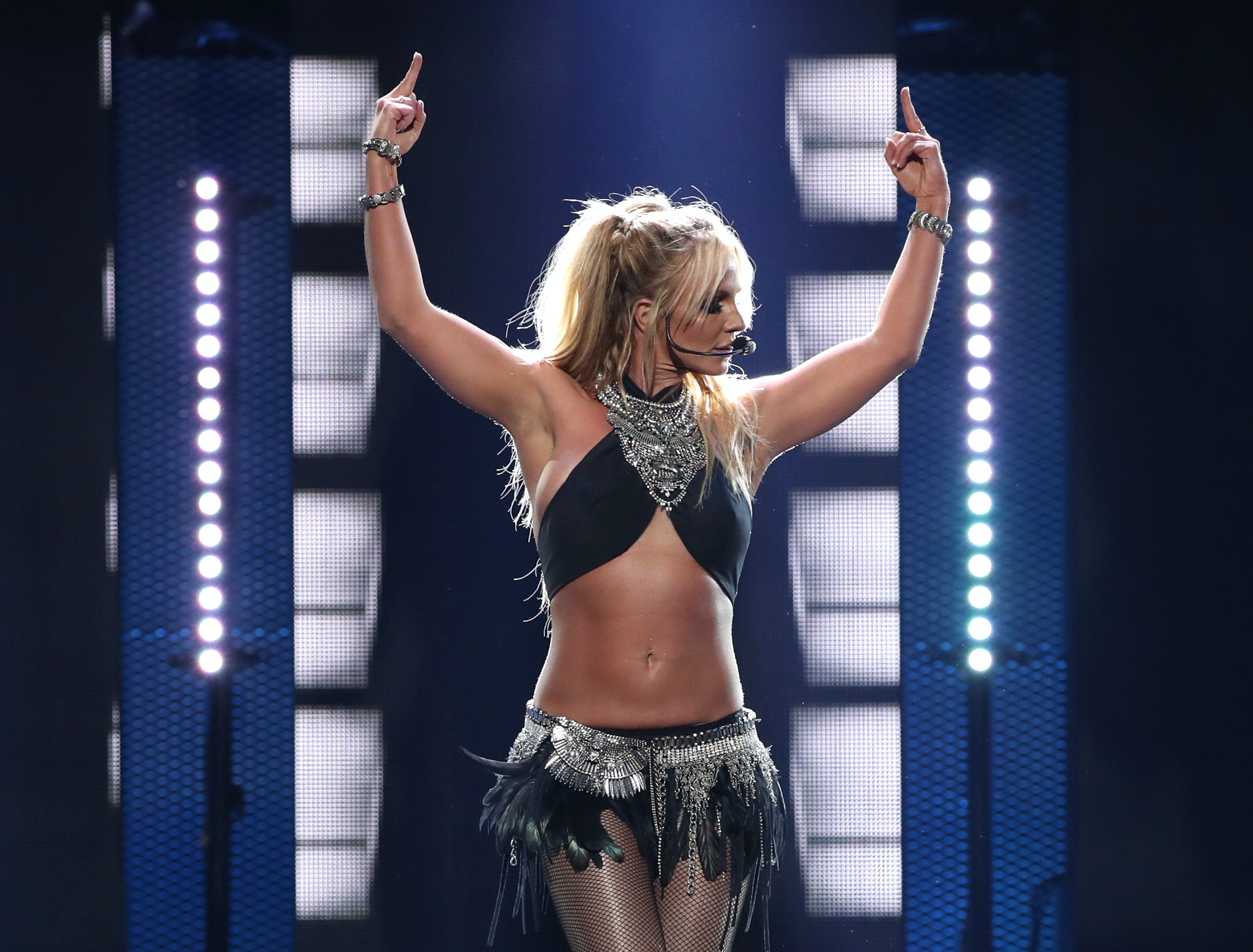 It looks like the Princess of Pop has hung up her microphone —
for good.
Britney Spears doesn’t want to perform anymore, the singer’s
lawyer revealed as part of a motion to prevent Andrew Wallet from
becoming a co-conservator, according to new court documents
obtained by Entertainment Tonight. In mid-August, the singer’s
father, Jamie Spears, requested that Wallet — a controversial
figure who
served as co-conservator for almost a decade alongside Jamie
— be appointed to the role once more, a move which Spears and her
lawyers have since attempted to block.

According to legal documents, one of the reasons that Spears
doesn’t want Wallet to be a co-conservator is because she doesn’t
think she would be able to afford his services, especially since
she doesn’t want to return to the stage any time soon. “To this
date, Britney has not resumed performing and has stated that she
does not desire to do so at this time,” read the documents. Her
lawyers also alleged that Wallet is “uniquely unsuitable” for the
role of co-conservator.

The singer’s legal team further claimed that Jamie has only
requested that Wallet be reappointed to the role because he was
worried that “Britney’s decision not to perform will require him
to undertake drastic changes to her budget.” Instead, the documents
continue, as Spears “continues to move in the direction of greater
autonomy,” she would prefer “to work with a corporate fiduciary who
can offer both a physical office and a team of independent
financial professionals rather than a single individual,
hand-picked by her father, who is a complete stranger to her,” like
Wallet. (According to TMZ, Jamie claims that
Spears’ objections to Wallet’s potential appointment are “full
of factual misstatements.)

The revelation that Spears doesn’t want to perform again any
time soon is particularly interesting because it was the
cancellation of her planned second Las Vegas residency, Britney
Spears: Domination, in January of 2019 that inspired renewed
support for the
ongoing #FreeBritney movement. At the time, Spears
stated on Instagram that she decided to cancel the residency
due to concerns over her father’s health, but TMZ reported in April
of that year that
the singer had actually checked into a mental health facility
for 30 days. Neither Spears nor her family ever commented on those
reports — Bustle reached out for comment but did not receive a
response — but her manager,
Larry Rudolph, confirmed them in May 2019, when he also
revealed that she was not in a place to resume performing.

“As the person who guides her career — based on the
information I and all of the professionals who work with her are
being told on a need-to-know basis — from what I have gathered
it’s clear to me she should not be going back to do this Vegas
residency, not in the near future and possibly never again,”
Rudolph told TMZ at the time. He also revealed that Spears, and not
her father, is the one who decides whether or not she performs:
“Last summer, when she wanted to tour, she called me every day. She
was excited … She clearly doesn’t want to perform now.”

While Spears has not publicly commented on her desire (or lack
thereof) to perform, or the status of her conservatorship, the
singer has dropped hints supporting the #FreeBritney movement on
social media. “I want to thank all my dear … sweet … real fans
for being so damn wonderful !!!” Spears
wrote on Instagram in late August, after the
conservatorship was extended to 2021. “I can feel your hearts
and I know you can feel mine … thank you for your support.”

Around the same time, her lawyers acknowledged the movement in
legal documents
requesting that Spears’ conservatorship case be made public,
despite her father’s wishes. “Britney herself is vehemently opposed
to this effort by her father to keep her legal struggle hidden away
in the closet as a family secret,” her lawyer said, per TMZ, before
indirectly referencing #FreeBritney. “Far from being a conspiracy
theory or
a ‘joke’ as [Jamie] reportedly told the media, in large part
this scrutiny is a reasonable and even predictable result of James’
aggressive use of the sealing procedure over the years to minimize
the amount of meaningful information made available to the
public.”

#Notmymermaid: the Disney row is ridiculous – who knows what mermaids look like?